Spike in demand for veteran help 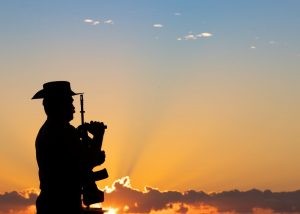 The loss of Afghanistan to the Taliban in the past fortnight has resulted in a spike in demand for support services from veterans, but help is available 24 hours a day.

Redcliffe RSL Veterans Welfare and Pensions Advocate Rosemary Mountford says some veterans are disengaged, others are anxious and some are thinking ‘it’s happened, move on’.

There are also veterans who have not recognised they have underlying mental health issues, which have now bubbled to the surface.

“It’s affected everyone in different ways. You have to be prepared for the whole range of emotions,” Rosemary says.

“I don’t think the full cascade has hit yet. They don’t understand the full ramifications of what’s happening. Some of them have personal relationships with some of the Afghan people and we’re waiting to see what is going happen with those fellows.”

She says a number of organisations are assisting veterans, as well as RSL Sub-Branch Welfare and Pensions Advocates.

“We’re making ourselves available to listen to their stories and to find out what they need,” Rosemary says.