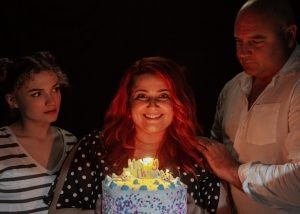 The award-winning Next To Normal is directed by Zac Crisan, who was behind last year’s sell-out Lord of the Flies.

“It’s quite exciting but scary because I’ve directed a play before, but never a musical,” Crisan said.

“It’s a bigger team, working alongside a musical director and a choreographer, making sure everything is spic and span, but sticking to my vision.”

Crisan said Next To Normal was set in America in the early 2000s and tells the story of a mum with bipolar depressive disorder dealing with her condition and its impact on her family.