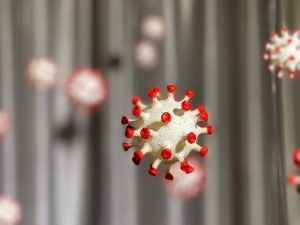 There have been two new cases of COVID-19 detected in the past 24 hours, but the Chief Health Officer is not concerned they pose a risk to the community.

One is a three-year-old girl, who is a close contact of an existing case and has been in home quarantine for her entire infectious period.

The second is a 19-year-old woman who travelled to Brisbane from Melbourne and whose positive result was known before she landed on flight JQ562. She was intercepted at the airport and taken straight to the Royal Brisbane and Women’s Hospital.

Everyone on the flight was going into hotel quarantine regardless and authorities will monitor them in the coming days.

Premier Annastacia Palaszczuk says 8690 people were tested yesterday. She would like to see higher rates of testing to rule out any community transmission.

More than 11,000 people were vaccinated yesterday, taking the total number of people who have had their first dose to 67.57 per cent. Almost 49 per cent of people have had their second dose, two million in total.

“We should get to 70 per cent of people who have had their first dose by the end of the week,” she says.

Dr Young is urging anyone from the Moreton Bay Region and north Brisbane areas to come forward for testing if they have any symptoms as authorities continue contact tracing in relation to yesterday’s positive case – a woman in her 50s who lives at Fitzgibbon but had been to numerous locations including at Redcliffe, Bracken Ridge and Chermside.

Caring at the heart of Vi’s work

Spring into the garden