Council Budget: What you need to know

Moreton Bay Regional Council has just handed down its 2021-22 Budget. Here’s what you need to know about infrastructure spending, capital works and rates. 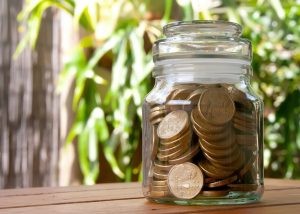 Council today handed down a $743 million budget that will deliver a record $245 million in capital works to propel the region’s economy forward and keep locals employed.

That’s $25 million more being invested in infrastructure than last year and more than half of that $245 million (54 per cent) will be invested in building new community infrastructure, in addition to the $117 million allocated to building renewals and upgrades.

Mayor Flannery says keeping rates low, while spending enough to “keep our resurgent economy charging” is a difficult balance against a backdrop of complicated pressures resulting from COVID-19.

“We do not take this lightly, in fact it was the most important consideration with regards to the increase in required revenue,” Mayor Flannery says.

“In Moreton Bay region, rates account for 50 per cent of our revenue. I’m proud to say that not only have we minimised the rate rise, we’ve also retained all of the rebates that are paid to pensioners.